Casting Announced for the National Tour of The Bridges of Madison County!

Casting Announced for the National Tour of The Bridges of Madison County!

“MAGIC! An evening you will cherish long after the show’s over!”
–NPR

“The beating heart of the show is Brown’s score. It’s richly melodic and rhythmic — and one of Broadway’s best in the last decade!”
-Daily News

“GORGEOUS, POWERFUL & RAPTUROUS! ‘BRIDGES’ is one of the few recent Broadway musicals to take up the challenges laid down by the great works of Rodgers and Hammerstein – to tell important stories and somehow make them sing.”
–New York Magazine

The producers of the upcoming national tour of THE BRIDGES OF MADISON COUNTY have announced that Elizabeth Stanley, currently starring in the role of Claire De Loone on Broadway in the revival of ON THE TOWN, and Andrew Samonsky, last seen in THE HUNCHBACK OF NOTRE DAME at the Paper Mill Playhouse, will star as Francesca Johnson and Robert Kincaid. Featuring gorgeous, soulful music by three-time Tony Award® winner JASON ROBERT BROWN that draws upon the rich textures of Americana and folk and the sweeping balladry of classic Broadway, Joe Dziemianowicz of the New York Daily News hails it as “one of Broadway’s best scores in the last decade.” Tom Geier of Entertainment Weekly exclaims that Brown “has written a lush and deeply romantic score, filled with rich and melodic duets,” and NPR proclaims it’s “MAGIC! An evening you will cherish long after the show is over!” As previously announced, the production will begin performances on November 28 at the Des Moines Civic Center in Des Moines, IA and will continue to over 15 additional major markets across North America in its first season. 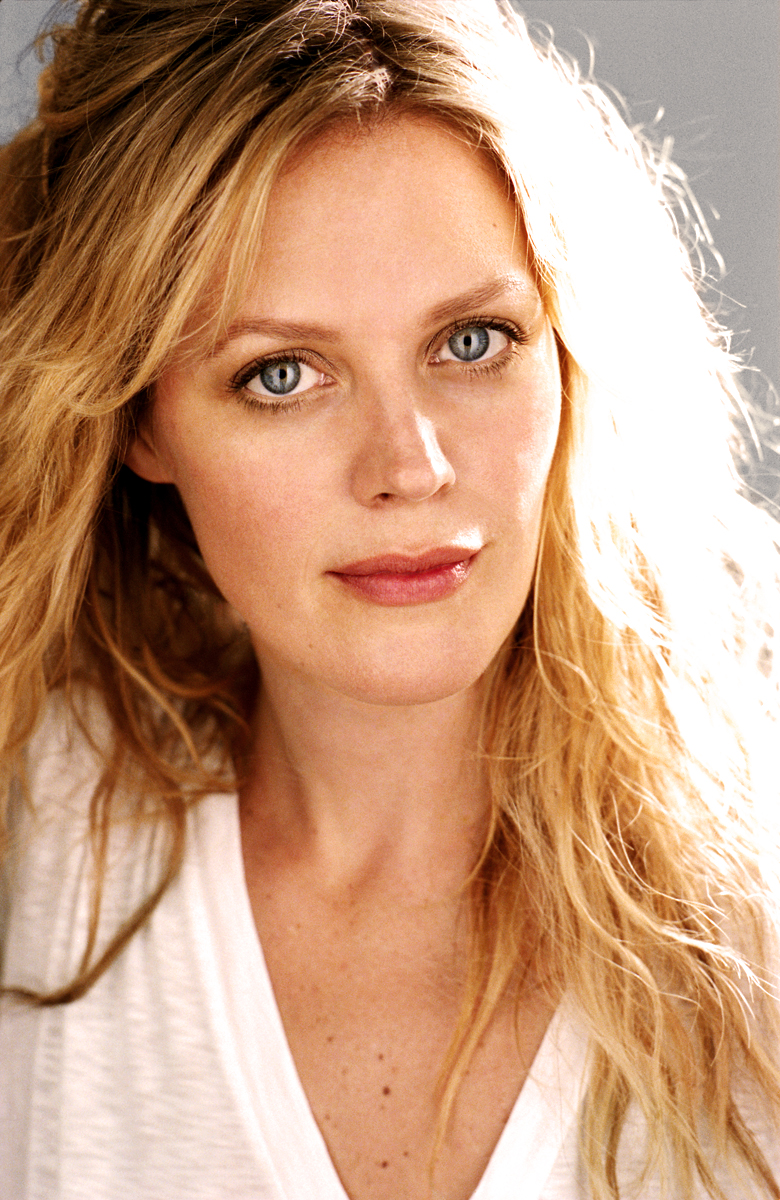 Elizabeth Stanley is currently starring as the man-crazed anthropologist Claire De Loone in the Broadway revival of ON THE TOWN (Drama Desk Nomination). Other roles originated on Broadway: Dyanne in MILLION DOLLAR QUARTET; Allison in CRY-BABY, and April in the Tony Award-winning revival of COMPANY First National Tour: Kira in XANADU. Off-Broadway: Gussie in the New York City Center, Encores! production of MERRILY WE ROLL ALONG, and The Nurse in HELLO, AGAIN (Transport Theatre Group—Drama League Nomination, best ensemble). Favorite regional roles: Kate in KISS ME KATE, Sugar in SUGAR, Constanze in AMADEUS. TV: Black Box, Made in Jersey, Fringe, The Chappelle Show, and PBS Great Performances —Company. Graduate of Indiana University. www.elizabethstanley.net 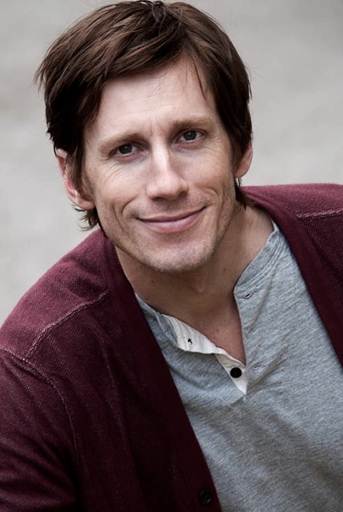 The critically acclaimed musical of THE BRIDGES OF MADISON COUNTY features one of Broadway’s most accomplished creative teams with music and lyrics by three-time Tony Award®-winning composer JASON ROBERT BROWN (PARADE, THE LAST FIVE YEARS), book by Pulitzer Prize-winning writer MARSHA NORMAN (THE SECRET GARDEN, THE COLOR PURPLE, ‘NIGHT, MOTHER), and led by the Tony Award®-winning director BARTLETT SHER (SOUTH PACIFIC, THE KING AND I, THE LIGHT IN THE PIAZZA).

Based on the best-selling novel by ROBERT JAMES WALLER, THE BRIDGES OF MADISON COUNTY tells the story of Iowa housewife Francesca Johnson and her life-changing, four-day whirlwind romance with traveling photographer Robert Kincaid. It’s an unforgettable story of two people caught between decision and desire, as a chance encounter becomes a second chance at so much more.

THE BRIDGES OF MADISON COUNTY will launch in Des Moines, IA at the Des Moines Civic Center with performances beginning Saturday, November 28th and will travel to more than 15 cities in its first season. The previously released tour route is available by clicking here with additional cities to be announced soon.

The Original Broadway Cast Recording of THE BRIDGES OF MADISON COUNTY, now available on Ghostlight Records, was released on April 15, 2014 and debuted as the #1 Cast Recording on the Billboard charts. For more information or to purchase the Cast Recording, please visit www.sh-k-boom.com/bridgesofmadisoncounty.

For more information about the upcoming tour, please visit www.BridgesMusical.com

Groups of 10 or more receive a 15% discount for all shows excluding WICKED where groups of 15 or more save on select performances. All groups receive priority seating and many more benefits. Please call 214-426-GROUP (4768) or email Groups@DallasSummerMusicals.org.

As a 501(c)(3) nonprofit organization, DSM relies on a variety of funding sources to bring the Best of Broadway to Dallas at affordable ticket prices, as well as to preserve the beautiful historic theatre, educate young audiences and create important community programs. DSM’s Seats for Kids program provides a meaningful arts education experience to thousands of low income, at-risk and special needs children. DSM provides positive incentives for youth that are at risk for gang membership through the Stage Right program. In addition, The Dallas Summer Musicals Academy of Performing Arts offers professional theatre arts training and scholarships to talented students in need. DSM’s High School Musical Theatre Awards are patterned after Broadway’s Tony® Awards and celebrates the power of the arts to significantly improve all areas of education. Hear Us Now!™ is DSM’s newest initiative. Since 2010 the experts at DSM have made significant changes and upgrades to its acoustical systems to improve the sound quality of the productions for all its patrons, including the hearing impaired. It is so unique that a trademark has been allowed by the United States Patent and Trademark Office. Coming this fall, Seats for Vets will serve war veterans and their families by providing them with a unique theatrical experience and thanking them for their service. Ticket sales alone do not sustain these endeavors. Only support from committed businesses, foundations and individuals make these programs possible.

MARSHA NORMAN (Book) is a Pulitzer Prize-winning playwright and co-chair of Playwriting at Juilliard. She won a Tony for THE SECRET GARDEN, and another nomination for THE COLOR PURPLE. Her first play, GETTING OUT, received the John Gassner Playwriting Medallion, the Newsday Oppenheimer Award, and a citation from the American Critics Association. Other plays include THE LAUNDROMAT, THE POOL HALL, LOVING DANIEL BOONE,TRUDY BLUE, and her newest play, LAST DANCE.

Published collections of her works include Four Plays, Collected Works of Marsha Norman, Vol. 1, and a novel, The Fortune Teller. She has also worked extensively in television and film and has an upcoming play for the UN about trafficking and violence toward women. She is a member of the Fellowship of Southern Writers, a former advisory member of the Sewanee Writers Conference, and current vice president of The Dramatists Guild of America. She serves on the boards of the New York Foundation for the Arts and the Independent Committee for Arts Policy. Ms. Norman was elected to the Agnes Scott College Board of Trustees in 2003. She lives with her two children in Monterey, MA and New York City.

JASON ROBERT BROWN (Music, Lyrics and Orchestrations) has won three Tony Awards for his groundbreaking work as a composer, lyricist, and orchestrator. His emotionally incisive, ferociously energetic, and deeply human scores for HONEYMOON IN VEGAS, THE BRIDGES OF MADISON COUNTY (Tony and Drama Desk Awards for Best Original Score and Best Orchestrations), PARADE (Tony and Drama Desk Awards), THE LAST FIVE YEARS (Drama Desk Award), 13, and SONGS FOR A NEW WORLD have brought his unique voice and highly personal songs to stages all over the world. Other works include his “novel symphony,” The Trumpet of the Swan (written with Marsha Norman), which he conducted with the National Symphony Orchestra. Jason also tours with his band The Caucasian Rhythm Kings, with whom he has recorded a CD, Wearing Someone Else’s Clothes.