THE BOOK OF MORMON RETURNS TO NORTH TEXAS

THE BOOK OF MORMON RETURNS TO NORTH TEXAS

“THE BEST MUSICAL OF THIS CENTURY.
Heaven on Broadway! A celebration of the privilege
of living inside that improbable paradise called a musical comedy.”
Ben Brantley, THE NEW YORK TIMES

BACK BY POPULAR DEMAND 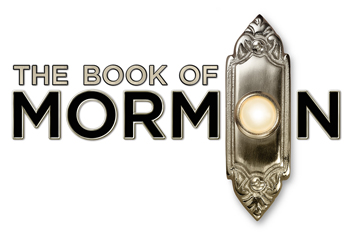 Back by popular demand, THE BOOK OF MORMON, which played record-breaking runs in Fort Worth and Dallas, returns to North Texas for limited engagements January 22-27, 2019, at Bass Performance Hall, presented by Performing Arts Fort Worth; and January 29-February 3 at the Music Hall at Fair Park, presented by Dallas Summer Musicals and Broadway Across America.

Tickets for the Dallas engagement start at $29 (pricing subject to change) and will go on sale at DallasSummerMusicals.org or by phone at (800) 982-2787. They can also be purchased in person at the Music Hall at Fair Park Box Office Monday through Friday from 10 a.m. to 6 p.m. and Saturday from 10 a.m. to 4 p.m. Orders for groups of ten (10) or more may be placed by calling (214) 426-4768 or emailing Groups@DallasSummerMusicals.org.

The Original Broadway Cast Recording for THE BOOK OF MORMON, winner of the 2011 Grammy Award for Best Musical Theater Album, is available on Ghostlight Records.

The mission of the Nancy Lee and Perry R. Bass Performance Hall is to serve as a permanent home to major performing arts organizations of Fort Worth and as a premiere venue for other attractions so as to enhance the range, quality, and accessibility of cultural fare available to the public; to promulgate arts education; and to contribute to the cultural life of Fort Worth, Tarrant County, and the region.

Built entirely with private funds, Bass Performance Hall is permanent home to the Fort Worth Symphony Orchestra, Texas Ballet Theater, Fort Worth Opera, the Van Cliburn International Piano Competition and the Cliburn. Each resident company operates independently from Performing Arts Fort Worth and manages its own programming schedule at Bass Hall.

Performing Arts Fort Worth, the nonprofit organization that oversees management of the Hall, also presents national touring Broadway product under the Broadway at the Bass banner, as well as programming that includes the BNSF Popular Entertainment Series.

The 2,042-seat multipurpose Hall is characteristic of the classic European opera house form. An 80-foot diameter Great Dome tops the Founders Concert Theater while two 48-foot tall angels grace the Grand Facade. Since the Hall opened in May 1998, the angels have become preeminent cultural icons of the Dallas-Fort Worth community.