MAKE THE MOST OF YOUR SEASON WITH CENTERSTAGE

With your CenterStage membership, you will enjoy tailored benefits that enhance your experience each time you visit the theater – all while supporting artistic excellence at Broadway Dallas and helping to spread the spirit of Broadway to all corners of our community. 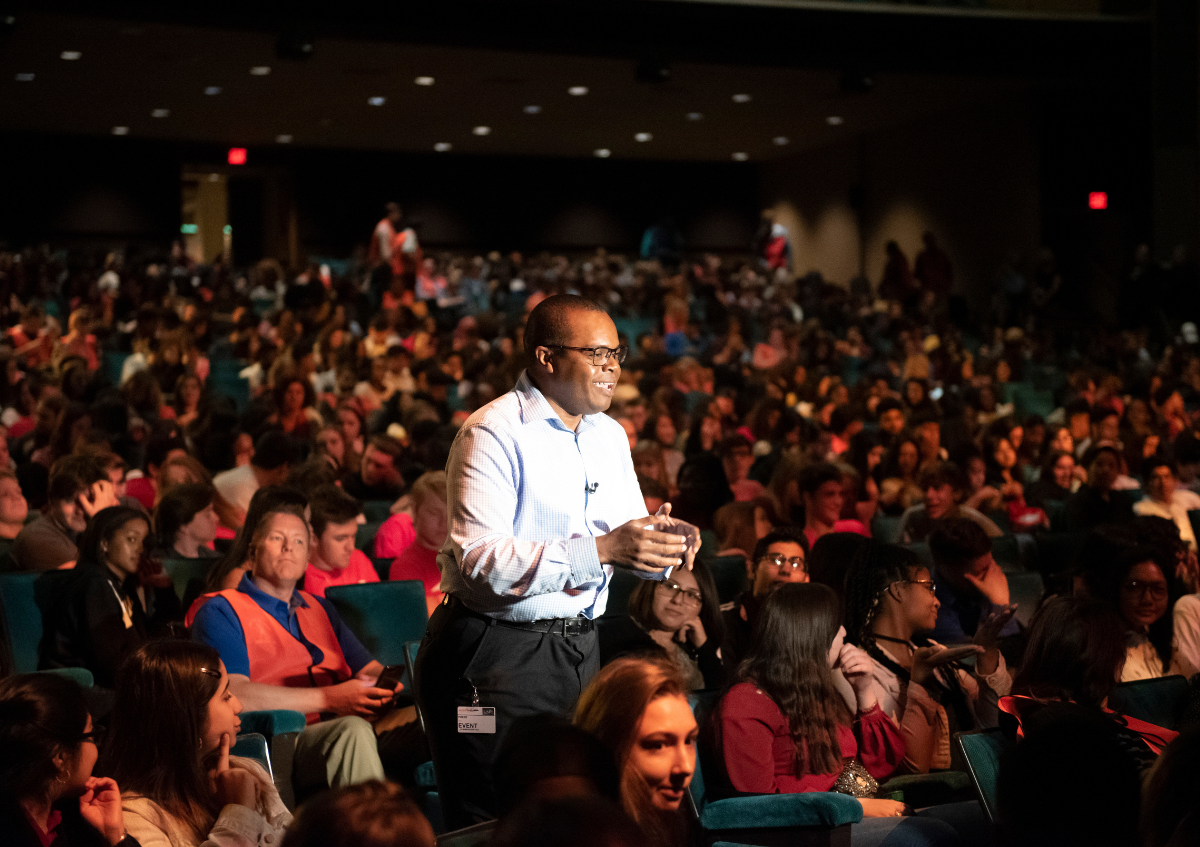 Donor pre-sale access for single tickets to shows in the upcoming season will be available on a rolling basis throughout the year. You will be notified of each pre-sale via member alert emails.

Are you a renewing or new subscriber for our current Broadway season? Keep reading to learn how you can get access to subscription upgrades inside the Producers’ Circle area of seating.* For more information on subscription upgrades inside the Producers’ Circle, please email CenterStage@BroadwayDallas.org or call the Centerstage hotline at 214.426.6333.

To learn more about these opportunities, please contact the CenterStage Hotline at 214.426.6333 or CenterStage@BroadwayDallas.org for more information.

Spread the spirit of Broadway with your tax-deductible donation today.

*Additional, new, and upgraded subscriptions in the Producers’ Circle area of seating are based on available inventory at the time of request and are offered to the Concierge Request List in order of CenterStage donor level (Silver Stars, Radiant Stars, Super Stars, and then Shimmering Stars) and date of request.

**CenterStage Shimmering Star parking availability in upper lot based on a first come, first serve basis, overflow in the lower lot is guaranteed.

***Based on availability and at the sole discretion of the Broadway show and its producers. No more than 4 House Seats may be requested for any show.

Broadway Dallas is a 501(c)(3) not-for-profit corporation and all CenterStage contributions are tax-deductible to the extent allowed by law.

Donors giving between $500 and $999 in a season still receive Reserved parking benefits at the Music Hall venue (lower lot).

If you already subscribe inside the Producers’ Circle area of seating, your included donation with your subscription purchase may be credited, along with an upgraded donation, to move to a higher giving level.