MINIMALISM BRINGS DOWN BARRIERS IN ‘THE COLOR PURPLE’

MINIMALISM BRINGS DOWN BARRIERS IN ‘THE COLOR PURPLE’ 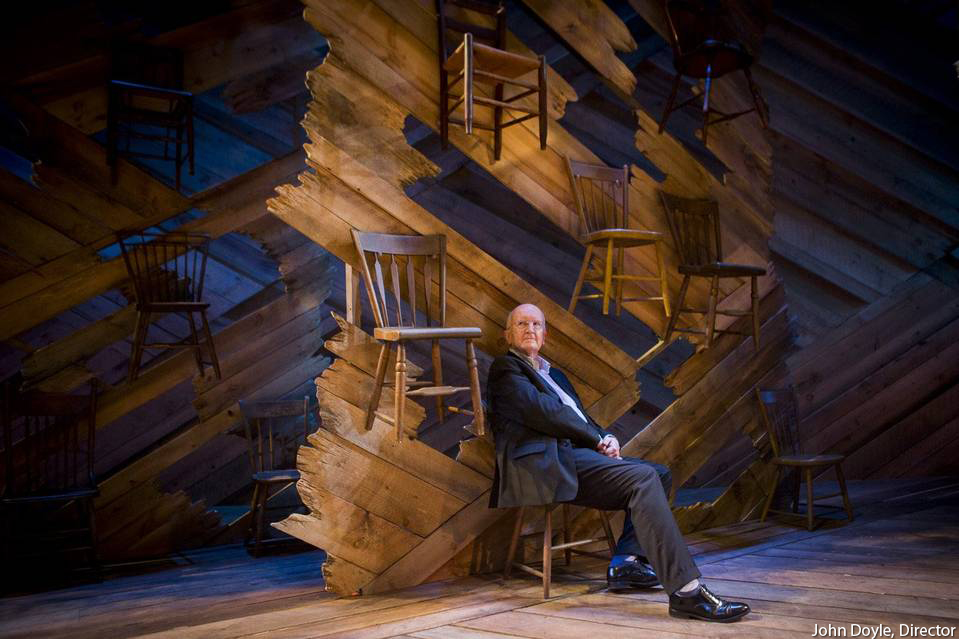 In the current revival of “The Color Purple,” rural Georgia meets spare minimalism.

The action takes place on a plain wooden stage. Props are few: a cluster of well-worn chairs, woven baskets, some fabric, a Bible.

Even less would be effective, said director John Doyle, who designed the set himself, as long the audience is willing to pitch in and activate their imagination.

“We have Easter dinner at a table that doesn’t exist,” he said. “We put a circle of chairs together, and it makes a prison. But it only makes a prison if the audience is prepared to invest in the image.”

Minimalism might seem an odd pairing with Alice Walker’s vivid, heartbreaking 1982 novel about racism, abuse and redemption in the American south. And this revival is a major contrast to the 2005 original Broadway production, which had detailed costumes and makeup that aged the characters over a half century. 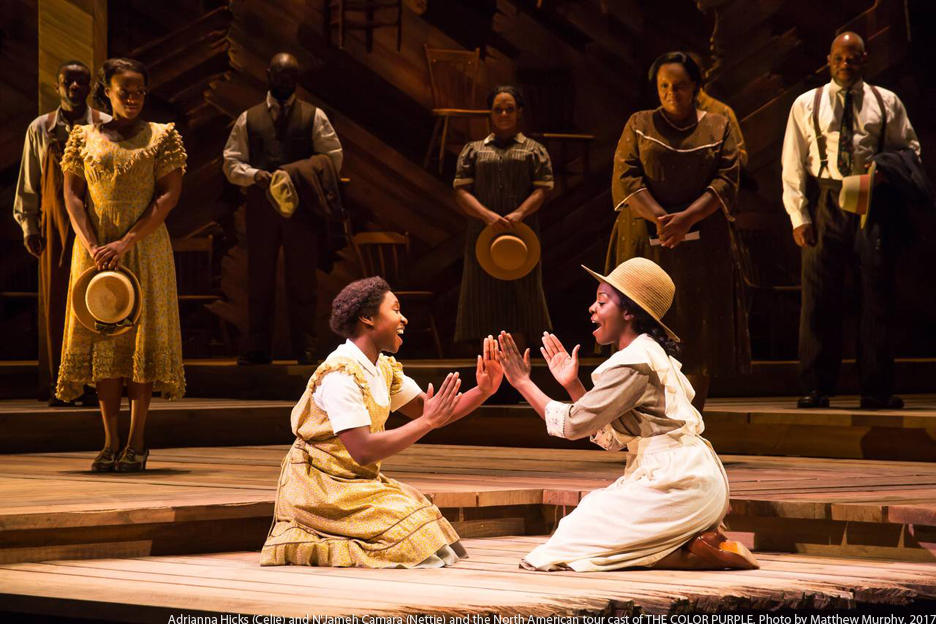 But Mr. Doyle, a seasoned director with four prior Broadway shows to his credit…, wanted to eliminate any barriers between the audience and the emotional lives of the characters.

Even deeper was an urge to plug the audience into the interactions onstage, just as a reader would absorb Ms. Walker’s voice via the printed page, he said.

And if that requires viewers to do more than show up, that’s the plan.

“I not only like it, I insist upon it,” he said gently. “If theater is going to continue to survive and grow, it has to do stuff that other art forms can’t do.”

Producer Scott Sanders agrees: “In many cases, we spoon-feed audiences so much.”

Mr. Doyle has developed a reputation for the style… and sees more of a connection between his most recent Broadway production, “The Visit” (2015), which was set in a rundown town, and “The Color Purple,” with its jagged, crumbling backdrop.

“They both happen in broken worlds. I think we live in a broken world,” he said. “So that’s probably my way of asking the world to look at itself.”

By Pia Catton
As published in The Wall Street Journal December 8, 2015