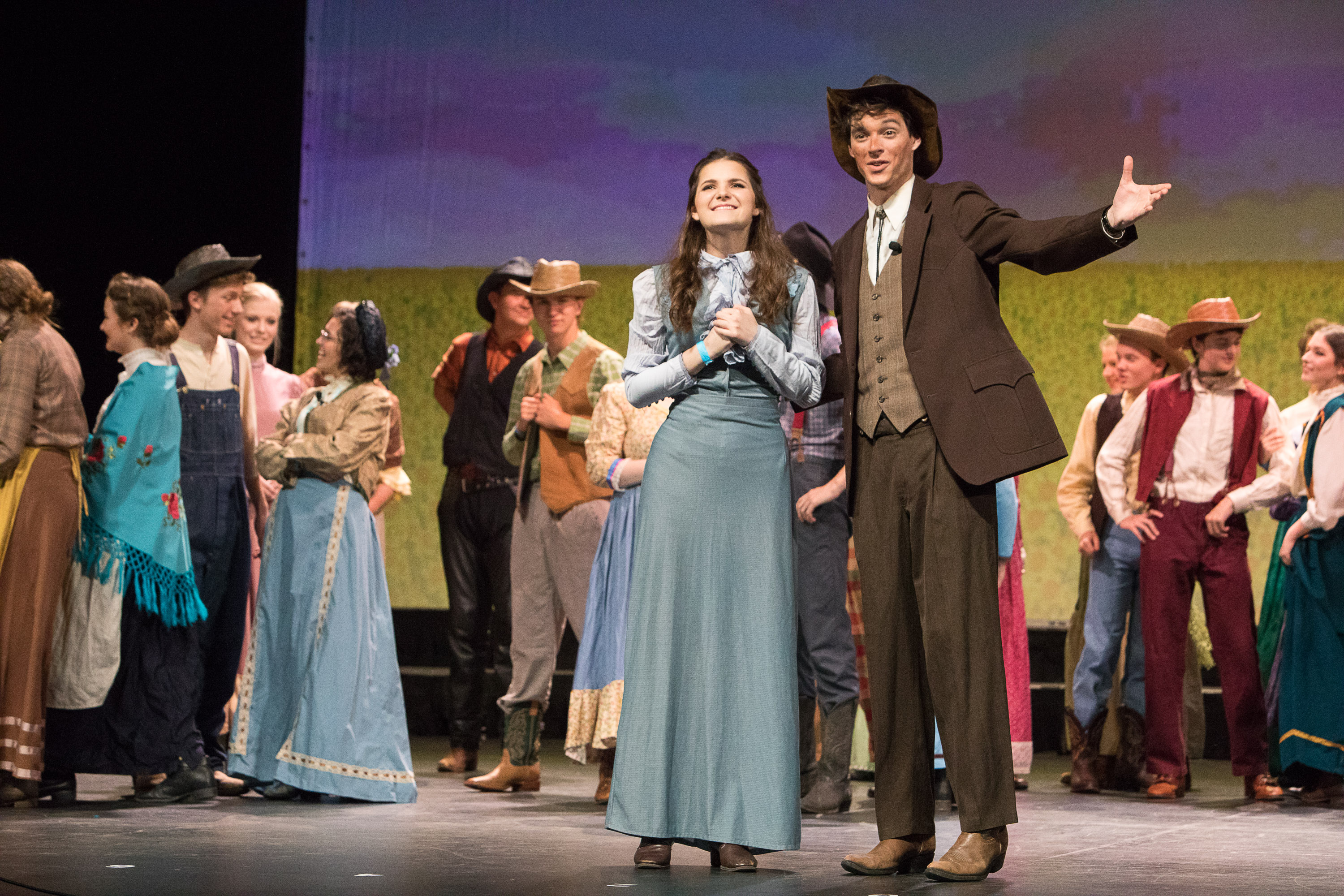 Dallas, TX (May 23, 2017) – High school students, parents, friends, arts advocates, celebrities and city officials from all over North Texas celebrated as the winners and scholarship recipients were announced on May 18 at the 6th Annual Dallas Summer Musicals High School Musical Theatre Awards (DSM HSMTA). Patterned after Broadway’s Tony Awards®, DSM HSMTA celebrates the power of the arts and its ability to significantly improve all areas of education. Best Musical Award went to Flower Mound High Schools’ production OKLAHOMA! and $55,000 in scholarships were awarded to various deserving students.

4th time emcee Ron Corning, WFAA Channel 8 News Anchor, began the show by welcoming everyone and introducing the opening number; a medley specially arranged to showcase each individual category. The crowd cheered on their favorite Best Musical nominee performances, while the Best Actor and Best Actress nominees performed medleys choreographed by Penny Maas. All performances were accompanied by a live 25 piece professional orchestra conducted by Mark Brymer. A special appearance by two-time Tony Award® nominee Stark Sands excited the crowd with his performance of Soul of a Man from his originated role as Charlie Price in KINKY BOOTS. The show was topped off with a finale of more than one hundred performers from each participating high school and a shower of popping streamers.

“This has been an unforgettable evening as we recognize the incredible talent and passion of hundreds of high school students. We thank John R. Clutts for his dedication and vision as this year’s program chair and the North Texas arts community for all of their wonderful support,” said Novice.

Stark Sands was the recipient of this year’s Fullinwider Award for his roots and educational years in the Dallas theater community. Sands is a Dallas native who attended Highland Park High School. He is known for his role as Tunny in the original Broadway cast of AMERICAN IDIOT, and originating the role of Charlie Price in KINKY BOOTS on Broadway. The Fullinwider Award was created in honor of Leah and Jerry Fullinwider, DSM HSMTA Founding Donors, for their initial gift of $100,000 which helped fund and produce DSM HSMTA and the College Scholarship program in 2012. 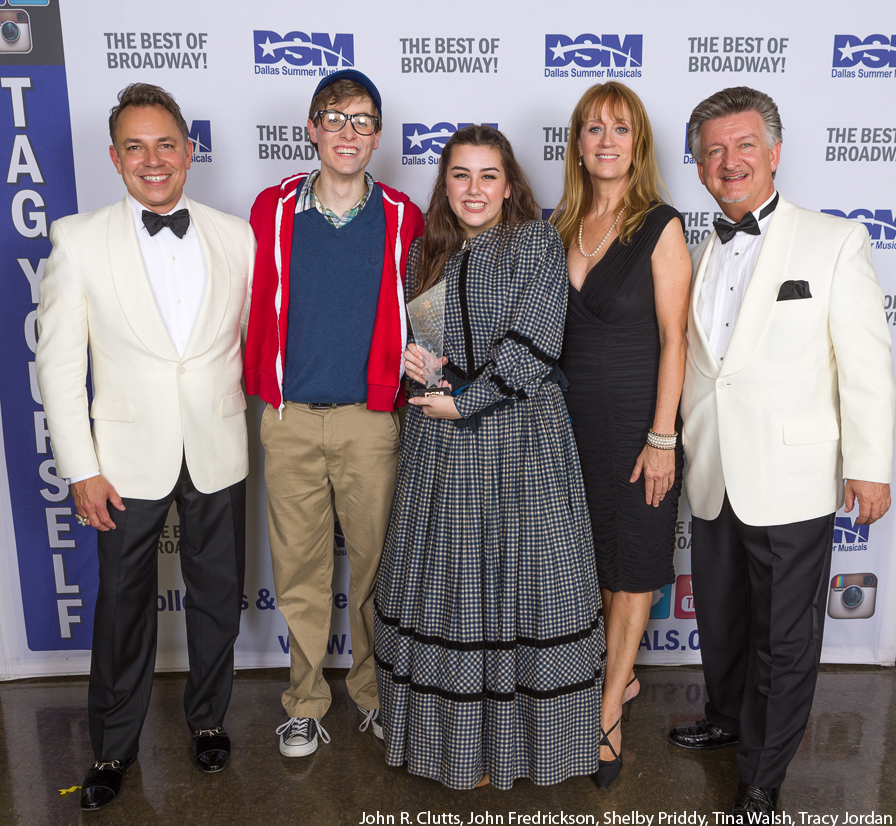 John Fredrickson from Guyer High School took home the Best Actor Award for the second consecutive year and Shelby Priddy from Mansfield High School won the Best Actress Awards. Fredrickson and Priddy each receive a $10,000 scholarship and an all-expense paid trip for five days to New York City to represent their high school in the National High School Musical Theatre Awards (the Jimmy™ Awards) on June 26th for the chance to win prizes and other scholarships, which vary by year.

“I am thrilled that this year we were able to give 17 scholarships for the first time. From year one to year six, the quality of the performances among all the schools has increased in every category. It is wonderful to know that DSM High School Musical Theatre Awards impacts the quality of musical theater training as theater directors use the results to benchmark their productions and return with impressive improvements year after year,” said Clutts.

“DSM is pleased to create opportunities for young performers to develop their talents and pursue their dreams. These students are truly our future leaders, teachers, innovators, creators and the stars of tomorrow,” added Jordan.

Since DSM’s first HSMTA in 2012, this has truly developed into a regional program, accepting schools as far away as Lubbock and Oklahoma as well as new and returning schools from the DFW Metroplex. DSM’s HSMTA has grown to be the largest program of its kind in the state of Texas and the second largest program in the nation. DSM HSMTA has been recognized by The National High School Musical Theatre Awards as their official affiliate program for North Texas.

All winners, participating high schools and their shows are listed at www.DSMHSMTA.org.