FIRST NATIONAL TOUR OF ON YOUR FEET! CONGAS ITS WAY TO DALLAS

FIRST NATIONAL TOUR OF ON YOUR FEET! CONGAS ITS WAY TO DALLAS 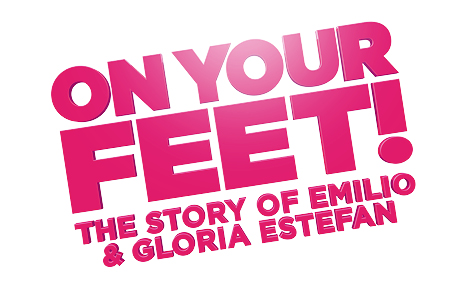 Dallas, Texas-January 25, 2018-Dallas Summer Musicals, Inc. (DSM) and Broadway Across American (BAA) are pleased to announce that the Dallas engagement of the hit Broadway musical ON YOUR FEET! – based on the life story of seven-time GRAMMY® winning international superstar Gloria Estefan and her husband, 19-time GRAMMY® winning producer-musician-entrepreneur Emilio Estefan – is on sale now.

Gloria Estefan has sold over 100 million records and sold out stadiums around the world. Emilio and Gloria Estefan together have won 26 GRAMMY Awards® – but their music is only half the story. From the heart of Havana to the streets of Miami came a cultural phenomenon unlike anything the music industry had ever seen. ON YOUR FEET! is the new Broadway musical that follows the Estefans’ journey to superstardom, set to their chart-topping, smash hits, including “Rhythm Is Gonna Get You,” “Conga,” “1-2-3,” “Get On Your Feet,” “Mi Tierra,” Don’t Want To Lose You Now,” and “Reach,” in addition to an original song written by Gloria and her daughter Emily Estefan.

ON YOUR FEET! is produced by James L. Nederlander and Estefan Enterprises, Inc. in partnership with Bernie Yuman.  Now celebrating its 100th anniversary, the Nederlander Organization, led by James L. Nederlander, President, continues the tradition of operating historic theatres, as well as producing and presenting the best in theatrical entertainment and concert events. Bernie Yuman, an illustrious figure in the entertainment industry and long-time friend and business associate of the Estefans, serves as Executive Producer. Yuman produced and managed Siegfried & Roy, one of the most successful and longest running shows in Las Vegas history.

ON YOUR FEET! began performances on Broadway on Monday, October 5, 2015, with an opening night of Thursday, November 5, 2015, at the Marquis Theatre in New York City. The musical played its final performance on Sunday, August 20, 2017, having played 780 performances.

GLORIA ESTEFAN (Music, Lyrics, Orchestrations). With seven Grammy Awards and more than 100 million albums sold worldwide, Gloria Estefan is the most successful Latin crossover performer in the history of pop music. In addition to her 38 #1 hits across the Billboard charts, Gloria recorded the Oscar-nominated song “Music of My Heart” and has received numerous honors and awards over the course of her illustrious career. She has been presented with a star on the Hollywood Walk of Fame, inducted into the Latin Songwriters Hall of Fame, named BMI Songwriter of the Year, received an American Music Award for Lifetime Achievement and won an MTV Video Music Award, two ACE Awards and multiple Billboard Awards for her many chart-topping hits. Gloria has also been honored with the Presidential Medal of Freedom, The Kennedy Center Honors, the Ellis Island Congressional Medal of Honor and the Hispanic Heritage Award.

EMILIO ESTEFAN (Music, Lyrics, Orchestrations) is a world-renowned music, television and film producer who has been instrumental in shaping, developing and directing the careers of his superstar wife, Gloria, as well as Shakira, Ricky Martin, Jennifer Lopez, Marc Anthony and Jon Secada among many others. With a resume that includes 19 Grammy Awards, Emilio is one of the most successful producers in the music business, blending Latin, pop and world rhythms creating his own unique style and world-wide hits. It is this vision that transcends the music field and spills over into film, television, hotels and restaurants, among other business endeavors, including becoming the first Cuban-born minority stakeholder in an NFL franchise, the Miami Dolphins.  Emilio & Gloria were the 2015 recipients of the Presidential Medal of Freedom, the first time the honor has been bestowed on a married couple.

ALEXANDER DINELARIS (Book) is an Academy Award and Golden Globe winner for the screenplay of Birdman (or The Unexpected Virtue of Ignorance). He is the co-creator and executive producer of the series “The One Percent” for MRC, starring Hilary Swank. He is currently adapting the novel Entering Hades into a feature film with Michael Fassbender. Alex is also currently adapting his play Still Life into a feature film, which he will direct next spring. His film The Year of the Monarchs is in development with Mandalay Entertainment. Alexander is the book writer of The Bodyguard Musical and of Emilio and Gloria Estefan’s Broadway musical On Your Feet! Other recent work includes his plays Red Dog Howls (New York Theater Workshop), Still Life (Manhattan Class Company), The Chaos Theories (Shotgun Theater) and In This, Our Time (59e59). Mr. Dinelaris is a proud member of the Writer’s Guild and the Dramatists Guild.

JERRY MITCHELL (Director) received the Tony Award® in recognition of his choreography for the 2013 Tony Award-winning Best Musical, Kinky Boots, for which he was also nominated as director. He was recently nominated for an Olivier Award for his choreography in Dirty Rotten Scoundrels, which he also directed and co-produced in the West End. In the 35 preceding years, Jerry has been involved with more than 50 Broadway, Off-Broadway, West End and touring productions, starting as a dancer for Agnes de Mille in Brigadoon and thereafter assisting Michael Bennett and Jerome Robbins. His Broadway debut as choreographer, You’re a Good Man, Charlie Brown, was followed by The Full Monty (Tony nomination); The Rocky Horror Show; Hairspray (Tony nomination); Gypsy; Never Gonna Dance (Tony nomination); Dirty Rotten Scoundrels (Tony nomination); La Cage aux Folles (Tony Award); Imaginary Friends; Legally Blonde (Tony nomination), which he also directed; Catch Me If You Can; and Kinky Boots (also running in London, Korea, Germany, Australia and on National Tour). He also choreographed both the Off-Broadway productions and films of Hedwig and the Angry Inch and Jeffrey. Most recently, Jerry received the Drama League’s Founders Award for Excellence in Directing and the George Abbott Lifetime Achievement Award from his peers, the latter being especially meaningful to him in that he was directed by the 96-year-old Mr. Abbott in the Broadway revival of On Your Toes. His most recent Broadway experience is as Director of On Your Feet! Twenty-five years ago, Jerry conceived and created Broadway Bares, a comedy burlesque show performed annually for the charity Broadway Cares/Equity Fights AIDS. He continues to serve as executive producer of Broadway Bares, with a book, website and satellite productions in Fire Island Pines, Las Vegas (Peepshow, which recently concluded its five-year run of continuous performances) and London (West End Bares).

Single tickets for the Dallas engagement of ON YOUR FEET!, starting at $20 (pricing subject to change), are now on sale at DallasSummerMusicals.org or by phone at 1 (800) 745-3000. They can also be purchased in person at the Music Hall at Fair Park Box Office Monday through Friday from 10 a.m. to 6 p.m. and Saturday from 10 a.m. to 4 p.m.

Groups of 10 or more get concierge service and may receive a special discount on their tickets. To book a group, please call (214) 426-4768 or email Groups@DallasSummerMusicals.org.

Dallas Summer Musicals 2017-18 season will continue with WAITRESS with music and lyrics by Sara Bareilles, March 28-April 8, 2018; the thrilling, spectacular and unforgettable LES MISÉRABLES, April 24-May 6, 2018; Disney’s THE LION KING, winner of six Tony Awards®, including Best Musical, June 13-July 7, 2018; the spellbinding sequel to The Phantom of the Opera LOVE NEVER DIES: The Phantom Returns, July 24-August 5, 2018; and closing the season will be the hilarious new musical SCHOOL OF ROCK, based on the hit film, August 15-26, 2018.

Single tickets for all other shows will go on sale at a later date. Visit our website and sign up for DSM eNotes, our free newsletter, to receive exclusive presale access and on sale announcements.

DSM and BAA are pleased to welcome back two audience favorites to Dallas as Season Add-Ons to the 2018-19 season subscription. The musical for every-BUDDY, ELF, based on the film of the same name will return to Dallas just in time for the holiday season.

By popular demand, THE BOOK OF MORMON, winner of 9 Tony Awards®, including Best Musical, will also return to Dallas for a limited one-week engagement as a Season Add-On.

In addition, the winner of six 2017 Tony Awards®, including Best Musical, and 2018 Grammy Award® nominee DEAR EVAN HANSEN will make its North Texas premiere as part of the Dallas Summer Musicals 2019-20 season.

Dallas Summer Musicals 2018-19 seven-show subscription packages start at just $204 and can be purchased online at DallasSummerMusicals.org or by phone at 1 (866) 276-4884 Monday through Friday, 9 a.m. to 5 .m. Subscriptions can also be purchased in person at the Box Office at the Music Hall at Fair Park Monday through Friday 10 a.m. to 6 p.m. and Saturday 10 a.m. to 4 p.m. A four-installment payment plan is available.

About Broadway Across America:
BROADWAY ACROSS AMERICA (BAA) is part of The John Gore Organization family of companies, which includes Broadway.com and The Broadway Channel. Led by 11-time Tony-winning producer John Gore (Owner & CEO), BAA is the foremost presenter of first-class touring productions in North America, operating in 44 markets with over 400,000 subscribers. Current and past productions include Beautiful, Cats, Chicago, Dear Evan Hansen, Groundhog Day, Hairspray, Hello, Dolly!, Million Dollar Quartet, On Your Feet!, The Producers, School of Rock and Waitress. Broadway.com is the premier theater website for news, exclusive content and ticket sales. For more information please visit BroadwayAcrossAmerica.com and Broadway.com.