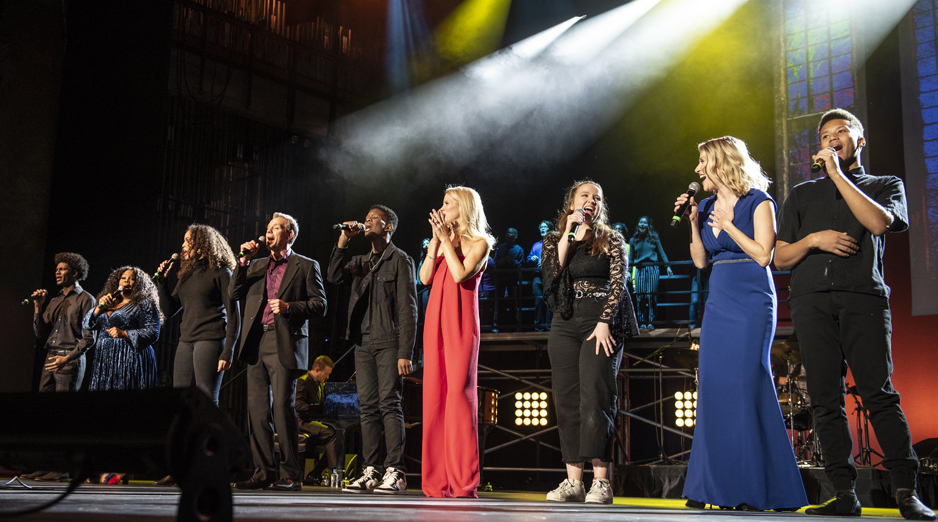 Dallas, TX (Nov. 8, 2019) – On Saturday night, Dallas leaders, philanthropists and lovers of the arts came together to celebrate the magic of musical theatre at the 2019 DSM Gala – An Evening with the Best of Broadway presented by PNC.

Hosted by Tony Award® winner and Kennedy Center Honoree Chita Rivera, and featuring performances from Kelli O’Hara, Amber Riley, Adam Pascal and Caissie Levy, An Evening with the Best of Broadway raised more than $500,000, which will support the nonprofit DSM in its mission to bring the very best of Broadway to North Texas, develop appreciation of musical theatre among diverse audiences and foster meaningful arts experiences for children and families in our community.

“We are so grateful for our supporters who make it possible for Dallas Summer Musicals to share the gift of Broadway with our community,” said Kenneth T. Novice, DSM president. “Funds raised from An Evening with the Best of Broadway afford us the opportunity to impact communities by lifting spirits and sparking curiosity through the magic that only live theater can deliver. We were thrilled to share with everyone the highlights from this past season’s education and community partnership initiatives as well as announce the launch of new programs for the upcoming season.”

Led by Gala co-chairs Calvert Collins-Bratton & Vince Bratton and Helen & Brendan McGuire, the evening began with a cocktail reception and dinner curated by Joule Catering.  Guests participated in a silent auction that included opportunities to bid on a trip for two to the 74th Annual Tony Awards® in New York City made possible by Broadway Across America and American Airlines, premium tickets to DSM’s performance and cast parties of Dear Evan Hansen, Come From Away, and Frozen, and a trip to Terranea Resort in Palso Verdes Estate as well as tickets to a performance at Center Theatre Group in Los Angeles.

The celebration continued with a show-stopping production directed by Ken Sawyer featuring performances by a star-studded lineup of artists from stage and screen, emceed by one of the most decorated performers of all time, Chita Rivera.

Olivier Award-winner and Glee alum Amber Riley kicked things off with powerful performances of “Natural Woman,” as well as “Home” from The Wiz. Riley also delivered an unforgettable rendition of “I Am Changing” from her award-winning role as ‘Effie’ in the West End production of Dreamgirls.

Next, Tony Award-winner Kelli O’Hara graced the stage, charming the audience with her unmatched vocals and charismatic humor. O’Hara’s set included “Wonderful Guy” from South Pacific, “To Build a Home” from Bridges of Madison County, and “They Don’t Let You in the Opera (If You’re a Country Star)” which appears on her album Always.

Between performances, the Charles S. Sharp and Ruth Collins Sharp Altshuler ANGEL Award was presented to Sally Hoglund by the Sharps’ daughter, Sally Harris. Hoglund is a driving force in philanthropic efforts and has generously given her time and talent in support of DSM. Most recently, Hoglund served as co-chair of the DSM Performs Campaign and worked for over three years to raise stability funds in support of DSM’s education and community partnerships.

In continuation of DSM’s gala tradition of surprise guests, current star of Disney’s FROZEN on Broadway Caissie Levy captivated the crowd with an epic performance of “Let It Go,” followed by original RENT cast member Adam Pascal, who was welcomed with roaring applause before his performance of “One Song Glory.”

DSM will continue to bring the best of Broadway to North Texas in the 2019-2020 season with CATS, Dear Evan Hansen, The Band’s Visit, Come From Away, Jesus Christ Superstar, Disney’s Frozen, Escape to Margaritaville and season add-ons Blue Man Group and RENT.