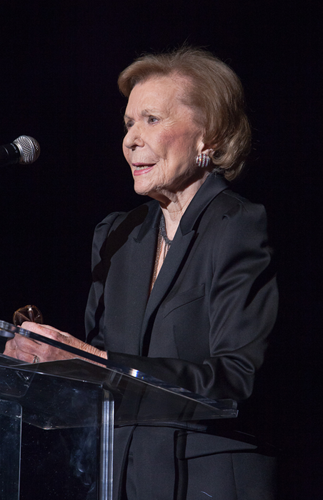 DSM President Ken Novice shared, “It’s a small thing that we can do to dedicate today’s two performances to our friend Ruth Altshuler. Ruth was one of the first people I met when I arrived in Dallas and she embodied the friendliness, generosity and welcoming spirit I found in this city. We count ourselves fortunate to have known her and benefited from her passion not only for Dallas Summer Musicals but also for the many other Dallas organizations she supported. I asked audiences today to give back as Ruth did and consider going out and volunteering for a favorite not-for-profit, donating to a local charity or simply helping someone who needs a hand.”

Inspired by Ruth’s commitment to community service, Novice and DSM staff will dedicate a day in December to volunteer together for a local charity in her honor.

A memorial service will be held at 2 p.m., Thursday, December 14 at Highland Park United Methodist Church, followed by a reception in the Martha Proctor Mack Ballroom in Umphrey Lee Center, 3300 Dyer, on the SMU campus. The family asks that instead of flowers, donations be made in her honor to the Salvation Army.