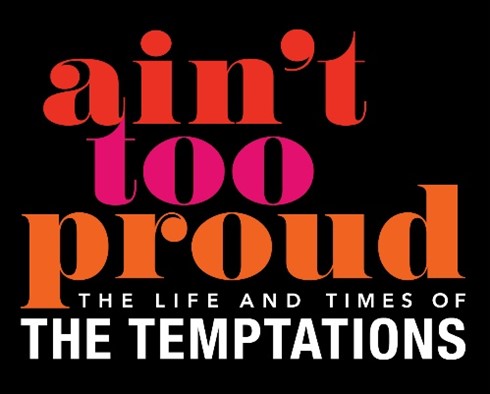 3,400 Dallas ISD theatre students and teachers to participate in bespoke in-classroom STEAM-based curriculum and attend a dedicated performance of AIN’T TOO PROUD during its Dallas engagement

Over the course of multiple weeks, 3,400 theatre students and teachers from 25 Dallas ISD High Schools will participate in specially created curriculum that relates to the production, taught in classrooms by Broadway Dallas teaching artists.  As part of the lesson plan all the participating students and teachers will attend a dedicated performance of AIN’T TOO PROUD at the Music Hall at Fair Park, where the show will play from September 6 – 18, 2022.

The program was borne of a growing partnership between Broadway Dallas and Dallas ISD, which strives to provide students access to “the spirit of Broadway” through a wide array of programs and initiatives.  In 2021, the program featured the national tour of HAMILTON.

“At Broadway Dallas, we operate from a place of 100% certainty that experiences in and around live theatre have the capacity to change people’s lives. At its core, live theatre is a genre that promotes empathy, providing those who attend a show the chance to see the world through another person’s eyes,” said Ken Novice, Broadway Dallas President and CEO.

“AIN’T TOO PROUD is the perfect show for this program as it will allow our mostly BIPOC Dallas ISD students to see people who look like them on stage portraying the meteoric and historic story of a group of successful Black men,” Novice added.

“Having personally experienced this show on Broadway a couple of years ago, I am thrilled for our students to have this opportunity,” said Dallas ISD Superintendent Stephanie Elizalde. “The chance to learn about live theatre production from actual teaching artists is a genuine gift. This award-winning musical and the lessons it delivers – about history, music and the momentous 1960s – will be an experience to cherish. We are grateful to Broadway Dallas and their partners for making this happen.”

T.D. Jakes Foundation is a Dallas-based nonprofit that focuses on being the bridge connecting underrepresented communities with life-changing opportunities. The Foundation, as an extension of its STEAM Academy, joins Broadway Dallas again this year as the presenting sponsor of the program through a special partnership with the Dallas Mavericks.

The Foundation and the Dallas Mavericks are excited to announce their multi-year partnership that expands opportunities and enables more young people to explore STEAM education and careers. The Dallas Mavericks’ sponsorship fits with its larger MavsTakeACTION! program, which is designed to address racial inequalities, promote social justice, and drive change within the Dallas-Fort Worth area.

“T.D. Jakes Foundation is committed to exposing students, especially those from underrepresented communities to the jobs and skills of the future. It’s a commitment we share with our partners, the Dallas Mavericks,” said T.D. Jakes, Chairman of T.D. Jakes Foundation. “This unique program by Broadway Dallas for DISD students is a perfect example of the impact we seek to have. We believe “you can’t be what you don’t see,” and that this program will create a spark in many young lives that can lead students to career paths they might not ever have considered.”

The curriculum was developed to prepare students for college and 21st-century careers and includes a sequence of lesson plans that will provide students with fundamental training in video editing, honing creative and technical skills on industry-leading tools.  Also included are contextual lessons dealing with the Civil Rights Movement and other historically significant events that took place concurrent to The Temptations’ rise to prominence.

“The Dallas Mavericks are proud to partner with T.D. Jakes Foundation as presenting sponsors in this important educational initiative that leverages the power of the arts, technology and innovation for students in our community,” said Cynt Marshall, CEO of the Dallas Mavericks. “And through our long-term partnership with T.D. Jakes Foundation, we anticipate having an even broader impact on generations of students.”

Inspired by the opportunity to create collective impact in serving the youth of our community, The Moody Foundation and The Addy Foundation have also made significant contributions to underwrite this project.

Additional project funding is being provided by Fichtenbaum Charitable Trust, H-E-B/Central Market, the Dallas Education Foundation, and the Broadway Dallas Education Ensemble and its Give A Kid A Seat campaign.

AIN’T TOO PROUD – THE LIFE AND TIMES OF THE TEMPTATIONS is the electrifying, Broadway musical that follows The Temptations’ extraordinary journey from the streets of Detroit to the Rock & Roll Hall of Fame. With their signature dance moves and silky-smooth harmonies, they rose to the top of the charts creating an amazing 42 Top Ten Hits with 14 reaching number one.

Nominated for 12 Tony® Awards and the winner of the 2019 Tony Award for Best Choreography, AIN’T TOO PROUD tells the thrilling story of brotherhood, family, loyalty, and betrayal, as the group’s personal and political conflicts threatened to tear them apart during a decade of civil unrest in America.

Written by three-time Obie Award winner Dominique Morisseau, directed by two-time Tony Award winner Des McAnuff (Jersey Boys), and featuring the Tony-winning choreography of Sergio Trujillo (Jersey Boys, On Your Feet!), the unforgettable story of this legendary quintet is set to the beat of the group’s treasured hits, including “My Girl,” “Just My Imagination,” “Get Ready,” “Papa Was a Rolling Stone,” and so many more.

About Dallas ISD
The Dallas Independent School District sits in the heart of a large, diverse and dynamic region with a metropolitan population of 6.5 million people in the 12 counties in North Central Texas. Dallas ISD comprises 384 square miles and encompasses the cities of Dallas, Cockrell Hill, Seagoville, Addison, Wilmer, Hutchins and parts of Carrollton, DeSoto, Duncanville, Farmers Branch, Garland, Highland Park, Lancaster, Mesquite, Balch Springs, and Combine. The district is the second-largest public school district in the state and the 16th-largest in the nation.

We are proud of our award-winning schools, outstanding teachers and staff, committed parents and volunteers who comprise the dedicated team that serves approximately 145,000 students in pre-kindergarten through 12th grade, in 230 schools, served by 22,000 dedicated professionals.

About T.D. Jakes Foundation
Founded by Chairman T.D. Jakes in 2020, T.D. Jakes Foundation (TDJF) is a nonprofit 501(c)(3) organization dedicated to building bridges to opportunity for underserved populations in the United States and around the world. The Foundation aims to create a generational legacy of success for those it serves by providing access to the skills and resources needed for success in the modern workplace and forging partnerships with private companies, nonprofits, and public organizations to amplify the impact of every initiative. Building on Chairman Jakes’ 45 years of connecting diverse communities across socio-economic divides, TDJF is focused on uplifting communities, educating people of all ages on STEAM subjects, and connecting corporations to new, highly-skilled pools of talent amid increasing global competition. For more information, visit: www.tdjfoundation.org.

About the Dallas Mavericks
The Dallas Mavericks are a first-class global sports and entertainment organization providing memorable experiences for fans worldwide. The Mavs compete in the National Basketball Association as a member of the Western Conference and play at American Airlines Center under the direction of Coach Jason Kidd, General Manager Nico Harrison, CEO Cynt Marshall and Governor Mark Cuban. Since the inaugural season in 1980- 81, the Mavs have won four division titles, two conference championships and one NBA championship in 2011. In addition to on-court success, the Mavs are committed to making a difference in North Texas through community programs and the Mavs Foundation. For more information on Dallas Mavericks players, staff, stats and tickets, visit mavs.com.

About The Moody Foundation
The Moody Foundation was established by W.L. Moody Jr. and Libbie Shearn Moody in 1942 to share their good fortune and make a difference in the lives of the people of Texas. Since then, the Foundation has pledged and awarded more than $1.8 billion in grants throughout the state to organizations that have educated, healed, nurtured and inspired generations of Texans. The Moody Foundation continues with a board of three trustees: Frances Moody-Dahlberg, Ross Moody and Elle Moody. Learn more at www.MoodyF.org and follow the Foundation on Facebook and Instagram for the latest updates.