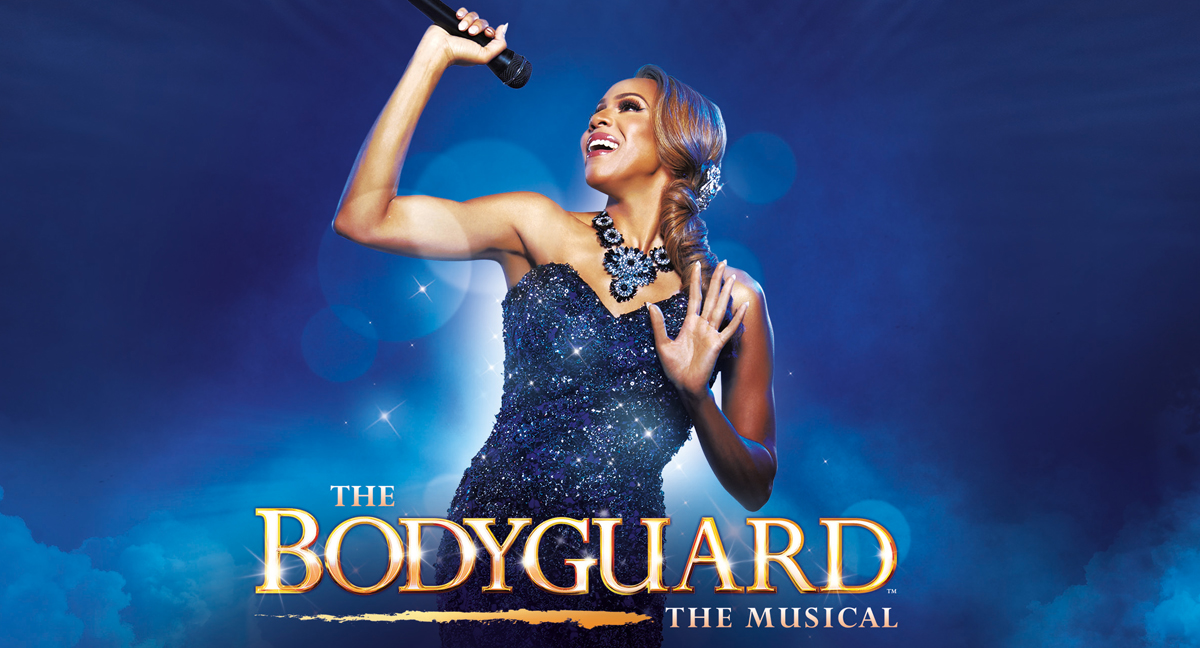 Dallas, TX (June 19, 2017) – Dallas Summer Musicals and Performing Arts Fort Worth are thrilled to announce a co-presentation of the first U.S. national tour hit musical THE BODYGUARD, to play at the Music Hall at Fair Park July 18-30, 2017. This sensational production will then head over to Fort Worth, where it will play at Bass Performance Hall August 1-6, 2017.

Based on Lawrence Kasdan’s 1992 Oscar-nominated Warner Bros. film, and adapted by Academy Award-winner (Birdman) Alexander Dinelaris, THE BODYGUARD had its world premiere on December 5, 2012 at London’s Adelphi Theatre. THE BODYGUARD was nominated for four Laurence Olivier Awards including Best New Musical and Best Set Design and won Best New Musical at the Whatsonstage Awards.  The UK production of the musical recently completed a triumphant return run in London’s West End after a sell-out 16-month UK and Ireland tour.

Former Secret Service agent-turned-bodyguard Frank Farmer is hired to protect superstar Rachel Marron from an unknown stalker. Each expects to be in charge; what they don’t expect is to fall in love. A romantic thriller, THE BODYGUARD features a host of irresistible classics including So Emotional, One Moment in Time, Saving All My Love, Run to You, I Have Nothing, I Wanna Dance with Somebody and one of the biggest selling songs of all time – I Will Always Love You.

Single tickets for the Dallas engagement of THE BODYGUARD, starting at $25 (pricing subject to change) are now on sale at DallasSummerMusicals.org or by phone at 1-800-745-3000.

Groups of 10 or more receive a 15% discount, priority seating and many more benefits. Please call 214-426-4768 or email Groups@DallasSummerMusicals.org.

Dallas Summer Musicals’ seven show season tickets start at $150 and are on sale online at DallasSummerMusicals.org, by phone at 1-866-276-4884 Monday – Friday from 9 a.m. to 6 p.m. CST. Season tickets can also be purchased in person at the Music Hall at Fair Park box office Monday – Friday from 10 a.m. to 6 p.m. and Saturday from 10 a.m. to 4 p.m. Payment plan options are available. In addition, season ticket buyers have the option to include the season add-on to their season subscription, which is discounted for subscribers.

Groups of 10+ receive a 15% discount and groups of 35+ receive a 20% discount*. Group orders placed before tickets go on sale to the general public get priority seating, a 15% discount to M Dining for groups of 15+, and many other great perks. For more information or to purchase tickets please call 214-426-4768 or e-mail groups@DallasSummerMusicals.org.

* Not available for all shows.