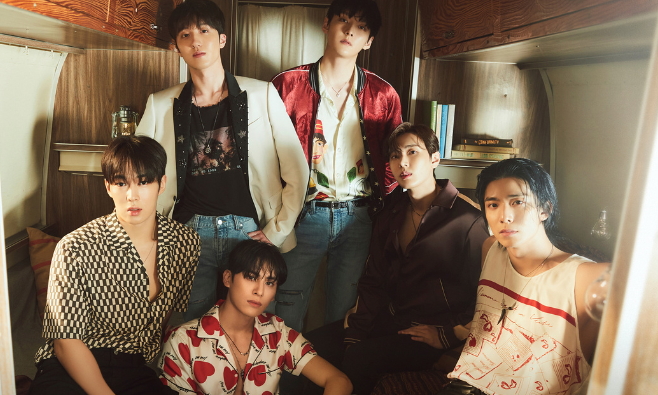 Global K-pop group SF9 is coming to meet their fans in the United States with the 2022 SF9 LIVE FANTASY #4 DELIGHT USA TOUR. After three days of concerts in Seoul from November 18 to 20, SF9 will head to the United States.

After years of experimenting with a myriad of fantastic concepts and tackling genres like progressive dark-pop on “Now or Never,” Latin-pop on “O Sole Mio,” and ‘60s rock via “Mamma Mia,” SF9 has finally achieved their long-deserved K-pop fame with a No. 1 hit with the single “Good Guy“ and followed by “Tear Drop” and “Trauma”.

The nine-member boy group SF9, composed of YOUNG BIN, IN SEONG, JAE YOON, DA WON, RO WOON, ZU HO, YOO TAE YANG, HWI YOUNG and CHA NI. Their hit song It quickly rose up both the domestic chart in Korea as well as the global chart in the World.

Already a hit with critics, SF9’s ambitious RPM album was selected as one of the Top 20 Albums of 2019 by Billboard while their catchy pop single “Enough” was selected as one of The Best K-Pop Songs of 2019 by Refinery29. Even before their breakout in 2019, SF9 has landed coverage and exclusives with international outlets like MTV, BuzzFeed, Allure, Yahoo!, Popcrush, Billboard and more.

SF9 is “DELIGHT” to celebrate with their fans in the United States.

Masks are recommended, but not required, while in the Music Hall.

QUESTIONS ABOUT YOUR VISIT?

The AT&T Performing Arts Center offers a pre-performance dining option on the Skyline Terrace in the Winspear Opera House lobby. Before all SIX performances, patrons can enjoy a catered buffet meal that has been specially paired with the evening’s show by Wolfgang Puck Catering.